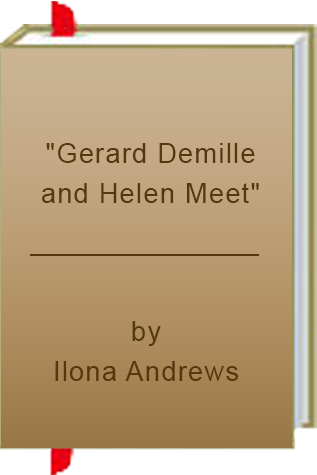 A short story, 0.1, in The Innkeeper Chronicles urban fantasy series that is available for free on Andrews’ website and revolving around Maud and Dina’s parents and set in Musk, Georgia.

This is a frustrating tale — I know that Gerard and Helen are the parents who disappear from Dina’s life, and you’ll have to take some time to figure out what is happening with Gerard. Is he a ghost? Is he alive? What?? It takes some piecing together as well. And it still doesn’t answer my questions!

It’s more like Andrews leaves us with questions. Whether this particular house is Gretchen Hunt or not. If Gerard is the magic-filled person who is an innkeeper. How he got trapped. How long he’s been trapped. Who trapped him.

Andrews uses third person protagonist point-of-view from Gerard’s perspective, and it’s a good thing he can astral project so we catch all the action!

Why does Andrews tell the kids to go upstairs twice?

I love getting the background but there is so little here… It’s as if they wrote a chapter and figured, eh.

Trapped, Gerard Demille needs a woman. Not just any woman. He needs one who’s malleable, one who can be manipulated into freeing him.

Helen is divorced with two children: six-year-old Charlie who will eat a spider for a dollar and a little girl. Charles is her ex-husband.

Colonel Groves built the house in 1859.