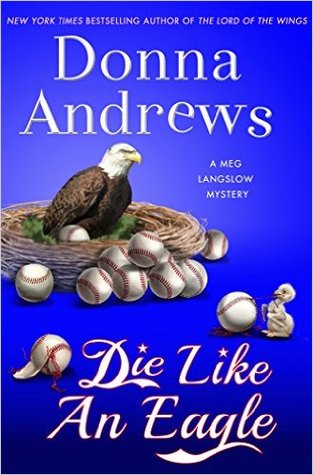 Also by this author: The Hen of the Baskervilles, Duck the Halls, The Nightingale Before Christmas, Gone Gull, How the Finch Stole Christmas!, Toucan Keep a Secret, \Lark! The Herald Angels Sing

Andrews certainly had me laughing right off, as Mason is just not ready ready, ROFL. Parents will empathize with this one, as Meg battles a dictatorial Little League coach and bemoans the lack of participation by the parents. Until Meg learns why no one is helping out. Man, it will drive you mad that the parents accept stupid dictates! I did appreciate the back history on Summerball’s first season *snicker* More laughter ensues with that first Biff alert during the picnic/practice at Meg and Michael’s.

Biff’s torture begins with that “picnic” and continues on to the silent GPS trackers to Meg badgering him for a response to her multiple phone calls. He deserves every second of it for being such a cretin. He is, at least, consistent as he is totally incompetent across the board. If the guy ever spent half the time doing things right as opposed to being creatively awful, he wouldn’t have all these problems.

As the “crimes” keep piling up and the “rescues” keep diving in, you’ll be reading faster and faster to get to the very unexpected denouement.

I am so grateful that mentions of the notebook-that-tells-her-when-to-breathe is getting a bit of a rest.

Poor Mr. Witherington is wondering what kind of asylum he’s wandered into, a wonder that decreases the longer he’s around. Okay, okay, so a different kind of wonder sets in. And it’s Witherington who points out one of the “coaches” (whom Biff rejected), as being a famous and “one of the finest … players ever to come out of the UCLA baseball program”. Witherington cracked me up at that meeting as well. Wait’ll you read that one! I’m hoping most of the teams get new names.

Ah, if only Meg weren’t so efficient… Must get it from Mother, *more laughing* It is a good thing that Meg and company are so used to huge groups of people being around, as she pumps up the confidence for parents and team with picnics and practice and more. They’re a sneaky bunch. More of that sneakiness showed when Meg and company had to retrieve that tracking device without anyone knowing, lol.

It’s a small-town vibe that’s big, really big, on family. And I adore seeing how people step up to help.

The family-oriented Meg is Team Mom and Michael is coach of their twin sons’ youth baseball team, the Caerphilly Eagles.

But Meg tangles with Biff Brown, the petty, vindictive league head on baseball issues and city contracts, even after opening day when Biff’s lookalike brother is found dead in the port-a-potty at the ball field.

So many people think Biff’s scum that it would be easy to blame him, but he has an alibi — and Meg suspects he may actually have been the intended victim.

Meg Langslow, a blacksmith, is Team Mom with her notebook-that-tells-her-when-to-breathe while her husband, Professor Michael Waterston, teaches drama at the local college. They have twin boys, Josh and Jamie, who play for the Caerphilly Eagles. The all-organic Cousin Rose Noire and Meg’s brother, Rob, live with the Langslow-Waterstons. Groucho and Harpo are the pet llamas. Spike, a.k.a., the Small Evil One, is the dog.

The Family Hollingworth
Mother can do anything from round up volunteers for the Snack Shack to organize a picnic for 100 in an hour. Dad, Dr. Langslow, is fascinated by everything and is the county medical examiner. Cousin Priscilla is quite shy. Cousin Festus Hollingsworth is a very good defense attorney. Eric is one of Meg’s teenaged nephews.

Cordelia Lee Mason (Delia Lee was her maiden name) is the great-grandmother the family recently discovered, who had been Grandfather’s lover all those decades ago. Caroline Willner owns the Willner Wildlife Refuge and is Grandfather’s frequent ally in animal welfare missions. She may not technically be family, but she’s still family. Thor works for her as a chauffeur and general factotum in the summer.

Caerphilly Zoo is…
…owned by Grandfather — Montgomery Blake, a famous zoologist and environmentalist. Manoj is potentially the headkeeper for the aviary. Alex is a business student.

The Summerball Youth Baseball League was…

…formed by disgruntled parents and plays at Percy Pruitt Park. Lemuel Shiffley, Randall’s uncle, used to run it. James Witherington is vice president with Summerball National. Other teams include the Flatworms, Wombats, River Rats, Stoats, Sandgnats, Muckdogs, Grasshoppers, Yankees, Nats, Pirates, and Red Sox. Kermit and Fletcher Entwhistle play on one of the teams; Willard Entwhistle is their dad for whom Brown did some work.

The Caerphilly Eagles are…
…one of the Summerball teams. Mason is a friend of the twins, Chase, Zack Thornton, Manny Espinoza, Henry Wong, Adam Burke (he got traded to the Eagles), Tommy Davis, Takahashi, Sami Patel, and Ben Nzeogwu are on the team with Josh and Jamie.

Chuck Davis is the head coach who would much prefer that his nuclear physicist wife who’s now teaching at Caerphilly College, Dr. Tory, do the coaching since she is much more experienced. More parents include Evan Thornton; Luis Espinoza; Vince and Janet Wong own the Caerphilly Inn; Police Chief (and Deputy Sheriff) Henry and Minerva Burke are Adam’s grandparents (they have custody of their other grandchildren too: Frank Robinson Burke, Jr. and Calvin Ripken Burke; Minerva is also the director for the New Life Baptist Church’s gospel choir); and, Mrs. Patel is Sami’s grandmother and Anisha is his mother.

Biff Brown is head of the Summerball and Little League organizations as well as the coach for the Caerphilly Stoats and the Caerphilly Yankees. He also owns Brown Construction Company which has the contract to redo the town square. Gina Brown, er, I mean, Crocker, is divorcing the jerk. Shep Henson is Biff’s unhappy half-brother who works as an umpire for the games. The tacky, gun-happy Callie Peebles is the former Mrs. Henson.

The City of Caerphilly is…
…in Virginia with Randall Shiffley the mayor and the county executive. He’s a great friend of Meg’s and her boss, now that she’s his executive assistant after events in Lord of the Wings, 19. Phineas T. Throckmorton is the town clerk. Dr. Smoot, the former coroner, has a thing for bacon and anchovies…and playing vampire. Padgett Shiffley is a county health inspector. Ms. Ellie is the librarian.

Debbie Ann is the police dispatcher. Cousin Horace Hollingworth is the official crime scene tech. Deputies include Vern Shiffley, Aida Butler (Kayla is her daughter helping at the front desk), and Sammy Wendell.

Shiffley Construction Company is…
…owned by the mayor, but his nephew Cephus is in charge while Randall is in office. More Shiffley relatives include Osgood, Merle with his pig truck, and Ideen Shiffley, the nosiest woman in town who runs a B&B where Ms. Nondescript is staying.

Edna Johnson is job-hunting and has a son who used to play ball. Reverend Robyn runs the Caerphilly Women’s Shelter. The Pruitts used to run the town until events in Some Like It Hawk, 14, push them under. Adolph Pruitt has recently gotten out of jail. Evie Pruitt helps with the league “extortion racket”. Samuel Yoder had a farm.

Clay County
Sheriff Wicker is the law, so don’t bother calling. The Clay Pigeon is an unsavory bar located next to the Clayville Rifle Range.

“Join NAFOB — Not a Friend of Bill’s — with the rest of Meg’s readers.”

The cover is a really deep blue with an angry looking eagle in a raffia nest, hatching baseballs. Runaway baseballs. I got a kick out of the baby eaglet pulling the stitching out of the balls…wonder if it’s a metaphor for Biff’s machinations? The title at the bottom is quite patriotic with its white script outlined in red. The author’s name is at the top in a 3-d white…and slightly askew.

The title is, well, yeah, Die Like an Eagle when the eagle, Alexander Hamilton, doesn’t show up. Escoffier, a vulture buzzard, shows up instead. 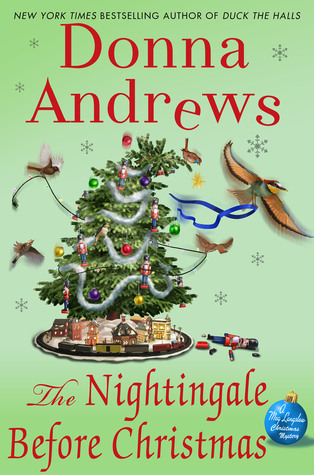