It doesn’t take long before I started questioning the intelligence of the Sinclairs. They know what Victor is planning, in general, and they don’t realize what those possibilities are? They narrow down the location of the prisoners but wait? They don’t scout? Ever?

Lame, lame, lame. Estep takes on the trope in which we’re supposed to think the bully is being swayed. But none of it rings true. As for those excuses as to why the Draconi employees don’t leave an employer they disagree with?? If ya don’t like it, you leave. Estep doesn’t give us any reason as to why these people wouldn’t leave Victor. Although, why would anyone trust the Draconi guards?

Then Estep follows up with the I-can-become-powerful-when-an-innocent-is-attacked ploy. Oy. Then she’s losing the battle…because she’s not thinking. Again. For all of Lila’s boasting and abilities, she’s still untried in true battle. Allowing your anger to rule? What had her mother been teaching her?

Dang, Estep slipped in a reference to the a Pork Pit…and now I want barbecue!

Two of the few scenes that made sense included Lila’s realization about the bloodiron and finally accepting her abilities to the full. Oh, dang, that’s not fair. Most of the story was fine, if too padded and slow, but those negatives really stood out.

More detailed back history on why Serena got on Victor’s “naughty” list. *More laughter* with how Estep pulled in the titles in Black Blade: “That cold burn of magic filled my veins…”, “…there was just a bright blaze of magic..”, “…cold burn of magic in the air…”, “…the cold burn in my veins had nothing to do with magic…”, and “…straight through the heart with a black blade”.

Okay, so Bright Blaze of Magic annoyed me. Still, I am curious as to where Estep plans to go after this one. She’s certainly left it open for possibilities.

As a thief, I’m good at three things: hiding in the shadows, getting in and out unseen, and uncovering secrets. I put these skills to work for the Sinclair Family, one of the magical mobs that run the tourist town of Cloudburst Falls.

Everyone knows Victor Draconi wants to take over all the other Families — and kill every last Sinclair. What they don’t know is that I’m on to him, and no way will I let the man who murdered my mom get away with hurting all the other people I care about. Especially when I’ve got places to break into, stuff to steal, and Devon Sinclair fighting right by my side…

Lila (Sterling) Merriweather, with her transference, soulsight, and ability to see everything with crystal clarity in the dark Talents, has gone to work for the Sinclairs, as a sword-wielding bodyguard to Devon. Her mom has taught Lila the old ways. Oscar is the cowboy boot-wearing pixie who takes care of Lila. Tiny is his pet tortoise. Luke was Lila’s father and had been the Draconi family bruiser when he fell in love with Serena.

…similar to the Mob, a magical one, and they run Cloudburst Falls, dividing the Midway up between them.

The Sinclair Family
Devon Sinclair is the family bruiser with compulsion Talent and in love with Lila. Claudia, a.k.a., the Ice Queen, is his mother with the Talent to freeze, the head of the family, and had been best friends with Serena, Lila’s mom. The overly chatty Felix Morales has healing magic like his dad, Angelo. Mo Kaminsky runs a pawnshop, the Razzle Dazzle, and has cared for Lila since her mother was murdered. He’s also the Sinclair Family broker, having taken over from Grant Sanderson in Cold Burn of Magic, 1. William Reginald is the family butler. Charlie had worked for the family for the past ten years.

The Draconi Family…
…founded Cloudburst Falls. Victor Draconi is the psychopathic head of the family and the sworn enemy of the Sinclairs. Blake is the family bruiser. Deah is Victor’s daughter and Lila’s cousin; she has mimic magic and is in love with Felix. Seleste Sterling Draconi is Victor’s second wife with foresight and strength Talent.

The Volkov Family
Nikolai Volkov is the head of the family. Katia had become addicted to power and killed to get it in Dark Heart of Magic, 2.

The Ito Family
Poppy is a friend and in training to become the family broker. Her father, Hiroshi, is the head of the family.

The Salazar Family
Julio wants a re-match at the next Tournament of Blades. Roberto is the head of the family.

Bloodiron is a metal that can store, absorb, or transfer magic. Pixies like to keep house, cook, clean, etc., in exchange for a safe place to stay. Tree trolls like chocolate. The lochness patrols his bridge and expects toll to be paid. Copper crushers are one of the worst monsters with their venom and crushing strength.

A family Bruiser is the second-in-command and responsible for defense. A family Broker handles the finances. A family Butler oversees the house and everyone in it.

The cover is a bright purple violet with swirls and lightning. Lila is on a long, narrow bridge, slashing away with tentacles rising up from the foamy light blue water. The author’s name is in the same light blue and embossed at the top. The title is an embossed white and blazes across the bottom half. Series information is in a tiny yellow just above the tentacles on the left side.

The title is what Lila experiences, a Bright Blaze of Magic. 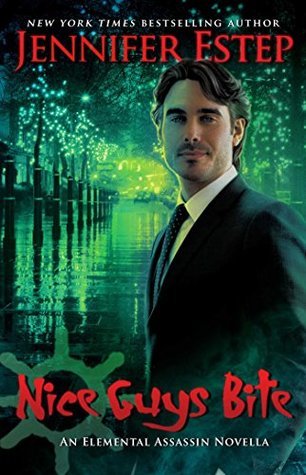