Buy on Amazon
Goodreads
Also by this author: His Majesty's Dragon, Throne of Jade, Empire of Ivory, Victory of Eagles, Tongues of Serpents, Crucible of Gold, Blood of Tyrants

Third in the Temeraire alternate-world military fantasy series and revolving around Temeraire, a Celestial dragon, and his captain, William Laurence.

A fascinating start with Laurence in his new role as an adopted Imperial prince that quickly segues into a terrifying journey to Istanbul. Where it only becomes worse with betrayal.

Poor Temeraire. To go from the awe and reverence in which he’s held in China to what he will experience in the West. He wants equality for dragons so badly, and Laurence is increasingly in sympathy with his aims, even though he knows how hopeless it will be. But after seeing how dragons live in China, how quickly the French adapt…

Turkey provides a setback, however, when Temeraire discovers dragon eggs are being sold. Of course, Temeraire is passing on his thoughts about dragons being paid and doing other work besides warmongering. You can imagine how well-received that is in Turkey, lol.

Temeraire’s ideas will be about as well-received by the Prussians, although their aviators and dragons soon learn to appreciate some of Temeraire’s innovations! Nor are Gong Su’s skills limited to cooking, much to Temeraire’s delight.

It’s the last letter at the end of the book that really gets my goat. I certainly hope the pretentious, bigoted, and “superior” D. Salcombe encounters Temeraire! And I am on tenterhooks as to how Temeraire and Laurence will be received in England after all their experiences. Including the illuminating discoveries they make about what dragons in the egg can accomplish.

Arkady and the other feral dragons are…hmmm, interesting, frustrating, and a crack-up. I love the description of the story Arkady “tells”, lol.

Not all the cultural exchanges are positive, though, as Dunne and Hackley discover to their cost. They’re lucky that their captain is such an honorable man. It becomes worse with Lien’s threats — and her new position with the Grande Armée. It doesn’t pay to pooh-pooh what you can learn from books!

For all the reputation of the Prussians in our own history and that in the world of Temeraire, I’m not impressed. They sound more like the generals of our World War I.

It’s one rescue and escape after another in this this tale of derring-dos. And it’s that last rescue that is the most marvelous and unexpected!! I suspect “unexpected” is what we’ll find in Empire of Ivory. There has to be some reason those English dragons didn’t show!

New orders come for Laurence and Temeraire, and both are determined to take the fastest route: the dangerous Silk Road.

It’s one betrayal after another as Temeraire, Laurence, and their crew struggle to do the right thing through the deserts, in Istanbul, and for the desperate Prussians.

And the English dragons promised to the Prussians never come…

The newly adopted Prince Captain William Laurence of His Majesty’s Aerial Corps is partnered with Temeraire, a black Celestial dragon with his divine wind. Iskierka is a demanding, aggressive little thing.

Tharkay, half-British and half-Chinese and not accepted by either side, will act as their guide. Most of the time. His companion is an eagle.

Macau, China
Lung Qin Mei is the dragon with whom Temeraire developed an intimate relationship. Sir George Staunton is the head of the East India Company. The rude ones include Mr. Chatham and Mr. Grothing-Pyle.

England
Admiral Lenton is Laurence’s commander. Maximus and Lily are part of the English unit to which Temeraire belongs.

Istanbul, Turkey
Avraam Maden has secured a deal with the sultan for three dragon eggs. His family includes his wife and daughter, Sara (Sara is also kira, a business agent to the harem). Nadire is their maid. Mr. Arbuthnot was the ambassador. James Yarmouth is the ambassador’s secretary whom everyone is blaming.

Hasan Mustafa Pasha is the official who acts as a go-between holding Laurence and company prisoner. His Majesty Selim III is the current sultan. Captain Ertegun is angry and insulting. Bezaid and Sherazde are Kazilik dragons whose eggs were promised.

The Prussians
King Frederick and his Queen Louise, the heart of the Prussian War Party, are both on the front. Colonel Richard Thorndyke is the liaison officer between the British and Prussians. Prince Hohenlohe leads the armies. Prince Louis Ferdinand commands the advance guard. Captain Dyhern is partnered with Eroica and leads their dragon formation. It’s that predictability — endorsed by Frederick the Great — that hurts, although they are open to suggestion, eventually. Badenhaur is the officer assigned to Laurence. General Tauentzein, Holtzendorf, Marshal Blücher, and, the Duke of Brunswick (Scharnhorst was the duke’s chief of staff) lead various parts of the Prussian army. I think Lestocq is another general. General Kalkreuth is trapped in Danzig. Colonel Ingersleben too quickly handed over Stettin.

The French
Napoleon is emperor. Berthier. Ambassador-to-China De Guignes is on his way back to France with Lien, the bad-luck white Imperial who hates Temeraire and Laurence. She proves too much, both good and bad. Marshal Lefèbvre is laying siege to Danzig.

Dragons
The ferals include Arkady who leads them; Gherni is a blue-and-white; Molnar and Wringe (a dark grey) are his lieutenants; and, Hertaz, greenish-yellow stripes over dusty brown, is their best hunter.

The cover has a deep grayed wood background with an orange Kazilik dragon, Iskierka, wrapped around a pocket watch-like frame with a cannon against a blue and orange cloud sky situated inside. The title is an embossed silver font that doesn’t read well against the background while the author’s name, an endorsement, and more info are in white. It’s too bad the publisher didn’t use the pale orange of the title on the spine; the contrast is much better.

The title is what this particular story revolves around, a Black Powder War with France attacking everyone. 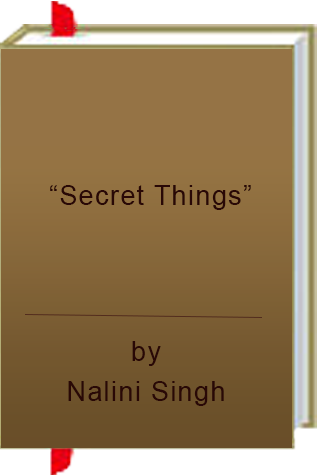