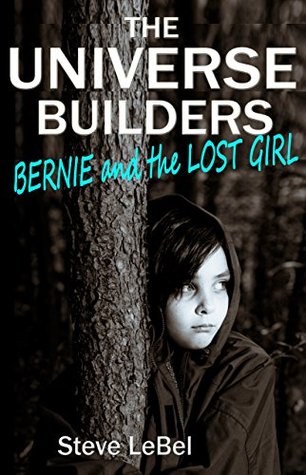 "Bernie and the Lost Girl" by Steve LeBel
Genres: Fantasy
Published by Argon Press on May 1, 2016
Pages: 81
Format: eBook
Buy on Amazon
Goodreads
Also by this author: Bernie and the Putty, Bernie and the Wizards

The second prequel in the young Young Adults fantasy series, The Universe Builders, revolving around a misunderstood young god, Bernie.

LeBel cracked me up from the start with his disclaimer about “any resemblance to actual gods … is purely coincidental”. Hmmm, it seems that not only the omnipotent gods are afeared, but LeBel is hedging his bets too, lol.

LeBel makes his gods very human and insular. For such powerful (one would think) persons, they’re very content to stay in The Town, not explore their world, and quite fearful of what lies outside The Town’s boundaries. Like most people, they’re willing to help their neighbors, as long as it’s safe. To be fair, the woods and the Unknown Territory can be frightening, for the gods bring their living creations to The Town to play with and watch. And then let them go without care, so there are some terrifying beasties out there.

Emily is certainly quite human in her persistence in wanting to do big-girl things. One would think parents would have learned by now that “I said so” is not quite the end of any argument. In contrast to Emily’s caring parents, there’s Bernie’s father. I hate him. I sure hope LeBel intends for Bernie to shine and shame his father.

I do like Bernie. He’s goodhearted if clumsy, and he’s been pushed ahead in school because of his father, which isn’t fair. It’s also Bernie’s first time detecting, and it’s cute how he finally figures out where it would be most practical to search. His mother is a peach as well. Terrified and angry with her son, but understanding of his reasons.

I liked Lenny’s explanation of magic: technology we don’t understand yet.

There’s a feel of Star Trek in this with Kirk’s adventures with various alien cultures who are as quirky as the Universe Builders with gods who are much like us. Well, okay, except that they build worlds like ours, lol.

Little Emily is lost, and her parents are frantic to find her. It’s a blessing when the town pitches in to help, but only where it’s safe to look. It’ll take the intrepid Bernie with some loyal friends to venture forth into the wilds to search for the four-year-old.

The question is, will they return alive?

All the characters are gods.

Bernie is a young god with a very chaotic and too mischievous cloud. Hannah is Bernie’s mother, struggling to get by. “The Great” Simeon is his obnoxious father.

Suzie is Bernie’s only friend. Emily is four years old and the only daughter of Aaron and Claudia who live in the Fourth Circle. Kissy is Emily’s ever-present doll and confidante. Sarah is Emily’s older friend.

The School’s…
…primary purpose is to turn out new builders — builders create universes — although a number of students choose other professions. Jabal is an instructor. Fellow schoolmates include Billy who is a bully, Wanda, Tommy, and Lenny who is a year older than Bernie and a fellow builder student who likes to invent things.

The Town is…
…on a plateau and is where the gods live. The Town is actually quite big with its outermost circle four out from First Circle, the center of town with Central Plaza, ahem, at its center; the Second Circle is both exclusive residences and the business community; the Third and Fourth Circle are residential, although Third is a more distinguished address; and, Fifth Circle…*shudder*…is much too close to The Edge and only the very poor live there. Between the Fifth Circle and The Edge (where the plateau ends and the Unknown Territory *more shudders* begins with its many treacherous life forms) is the terrifying woods. No god dares foray into the woods or the Unknown! The Circles are connected by magical bridges.

A cloud is similar to an aura, and each god has his or her own cloud — with its own personality! A viewing window is similar to our computer monitors. The finder works on lost objects.

The atmosphere of the primarily black-and-white cover perfectly conveys the fear of young Emily with her tearful face as she clings to a tree in the woods. The title is angled across the top in turquoise while the author’s name is at the bottom in white.

The title is succinct for the story is about “Bernie and the Lost Girl”. 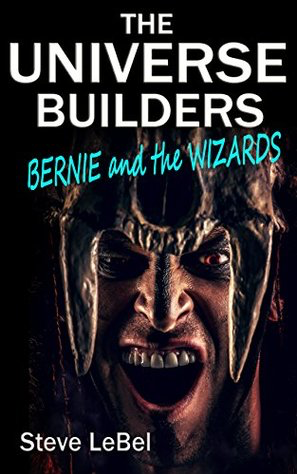 Book Review: Bernie and the Wizards by Steve LeBel 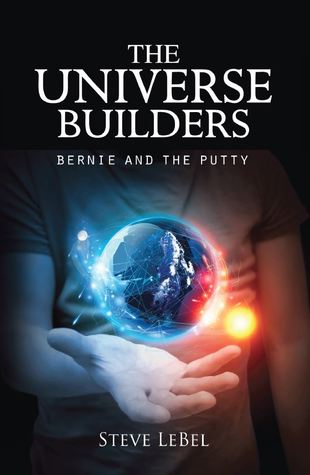 2 responses to “Book Review: “Bernie and the Lost Girl” by Steve LeBel”